agosto 14, 2021
Hello everyone, this time I bring you a small event to choose the models for the next month, and before you ask, yes, this time all the models can be obtained for free. Now, how is this event going to work? ... 1.- For the first part, a vote poll will be made for the categories shown, this first one will last until August 23. In the case of Anime and Others, a vote will be made by choice of the users, who must provide the model in case of winning. 2- Once the 3 winning categories are decided, a second individual character / skin vote poll will be held that will last until September 28. 3- For the month of September, the winning models will be published and to obtain them for free, they must obtain a special key that will be obtained from a series of riddles, images and pages, which will form said key to obtain the file link. Keep in mind that 6 different languages ​​will be used to put together the puzzles, so if you find a spelling mistake, maybe that mistake is not a mistake ..
Publicar un comentario
Leer más

agosto 14, 2021
Hello, today I stand before you with a small gift, her name is Launch, she is a character from Dragon Ball. Now to the wiki... Launch (ランチ Ranchi , lit. "Lunch") is a woman with a strange disorder which causes her to switch between two different personalities each time she sneezes. Her first personality is a blue-haired woman, who is sweet, pure-hearted and cheerful and always ready to help. Her other personality is a blonde-haired woman, who is angry and trigger-happy and commits crimes for money and is quick to respond with gunfire when angered. Neither of Launch's personalities remembers the other's actions or anything they said, that is until the King Piccolo arc, which is evident when she remembers who Krillin was when he died. Download: Patreon
Publicar un comentario
Leer más

agosto 11, 2021
Hello, today I finished Hathor or Desert Queen from Summoner War Lost Centuria, now to the wiki. Height: 50 cm Page size: Letter Well, there is no info about her, but her name is Hathor, so lets check the wikipedia: Hathor ( Ancient Egyptian : ḥwt-ḥr "House of Horus", Ancient Greek : Ἁθώρ Hathōr , Coptic : ϩⲁⲑⲱⲣ) was a major goddess in ancient Egyptian religion who played a wide variety of roles. As a sky deity , she was the mother or consort of the sky god Horus and the sun god Ra , both of whom were connected with kingship, and thus she was the symbolic mother of their earthly representatives, the pharaohs . She was one of several goddesses who acted as the Eye of Ra , Ra's feminine counterpart, and in this form she had a vengeful aspect that protected him from his enemies. Her beneficent side represented music, dance, joy, love, sexuality, and maternal care, and she acted as the consort of several male deities and the mother of their sons. These two aspects of
Publicar un comentario
Leer más

agosto 07, 2021
Time for Ruin?, this time the ruined skin of Karma, it includes all 7 chromas.  Height: 50cm Paper size: Letter Now, to the wiki: Karma is the living embodiment of an ancient Ionian soul, who serves as a spiritual beacon to each generation of her people. Her most recent incarnation came in the form of a 12-year-old girl named Darha. Raised in the northern highlands of Shon-Xan , she was headstrong and independent, always dreaming of a life beyond her provincial village. But Darha began to suffer strange, fitful visions. The images were curious—they felt like memories, yet the girl was certain they had not happened to her. At first, the problem was easy enough to conceal, but the visions grew in intensity until Darha was convinced she was descending into madness. Just when it seemed she would be confined to the healing huts forever, a group of monks visited her village. They had come from a place known as the Lasting Altar, where the divine leader Karma had passed away some months ear
Publicar un comentario
Leer más

agosto 03, 2021
Ok, time to bring more models, so, lets start with the counterpart of Metabee, Rokusho, now to the wiki: Rokusho is a mysterious Medabot. An old stag beetle-type (or KWG-11237 as stated in the dub versions) Medabot who possesses the Kuwagata Medal. Almost always wearing a dirty old cloak, Rokusho appears to have no master, and he sporadically appears throughout the series, first appearing in episode ten (twelve in Japan) when saving a small puppy from a river in a rainstorm. When Metabee asks for Rokusho's name, he simply replies "My name is of no importance." He later explains that it is the only thing that he still owns. He spends a lot of the series searching for his lost Medafighter . He offers words of wisdom and help to Ikki and Metabee in Robattles , however, he dislikes the idea of fighting for fun. His main goal is to protect Rare Medals , such as his own, and all forms of life. Long ago, Rokusho did have a master, whose name was Dr. Hushi . However, he disappe
Publicar un comentario
Leer más

julio 01, 2021
OK, some news, first of all, next month will be free, I need time to finish some models (Yes, a loot of work and some MiHoYo models XD). Now, Who is she?: The astrologers, who have constantly been observing astrospace, possess the occult abilities to explain and predict everything in the world, including both about their processes and results. To become an astrologer, candidates should pass rigorous assessments, which will test both their willpower and astrological abilities. Going down the generations, the elders finally select Esmeralda, a young girl living in the Western Desert, to be a new successor in the Land of Dawn. After becoming the successor of the astrologers, Esmeralda guards the Starmoon Casket that has been passed down for generations. With the hope of opening it and gaining the mysterious power from the ancient times, Esmeralda leaves off to the Minos Labyrinth to find secrets of the Starmoon Casket. But unfortunately, on her way to the Minos Labyrinth, the ground sudde
Publicar un comentario
Leer más
Más entradas

Become a Patron!
-Password for most of the files is:
https://xcioncraft.blogspot.com/ 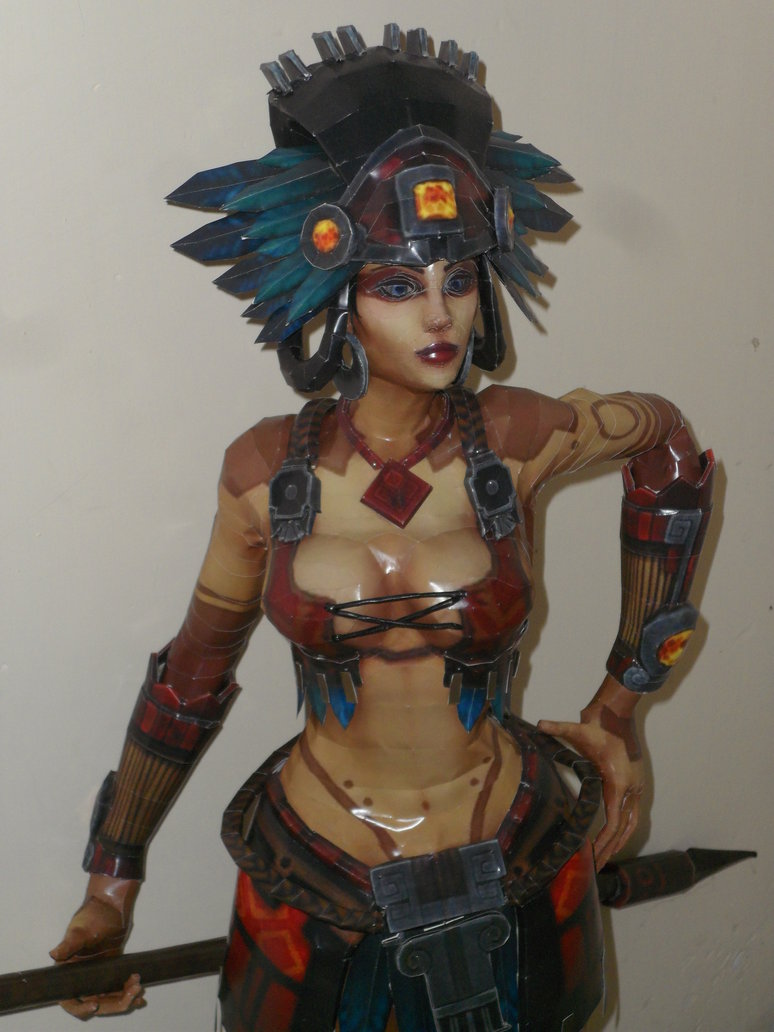 Con ella / With her